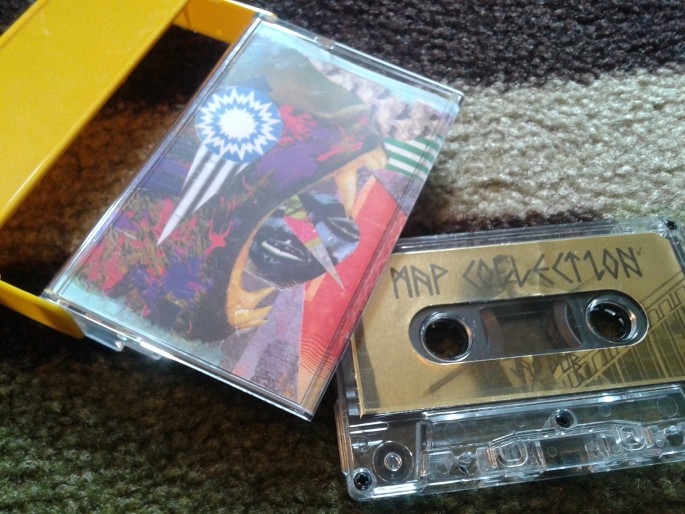 Do you remember the episode of Star Trek: TNG when Fletcher Pratt and Curt Brown randomly beamed aboard Enterprise, interrupting the recording of a Captain’s Log? It’s an extremely rare episode titled “Jao Dub” that aired during season 8 or 9… Maybe 10? Known by a superfan (ie: me) as the one where Picard mumbles “oh shit” 11 times, it begins with Starfleet investigating what they foolishly confuse as distress signals from a small Class M planet nearby. After tracking down the curdling cry for help the crew scans the planet’s life signals, when *POOF* Pratt & Brown appear on the bridge, startling poor Picard who spills his tea, Earl Grey, hot all over his uniform. Before Worf can even attempt to neutralize the situation, the duo takes over command of the ship and starts exploring it’s controls through excellent touch-screen menus. The following 30 commercial-free minutes, which were only televised once before all original recordings were allegedly destroyed, was raw footage of Map Collection wall-to-walling all of Enterprise with a nectarous dub experience. Naysayers will proclaim this all to be gibberish. They’ll say this never actually happened in the TNG universe. They’ll claim there were only seven seasons of TNG. They’ll ask you nicely to leave the convention. They’ll say “take your hands off of Mr. Wheaton!” They’ll have security set their tasers to tase and tase you.

But here’s my question: If the infamous “Jao Dub” episode is a sham, a ruse, a fig newton of my imagination, then how do you explain the soundtrack for the episode released on Midori Records on cassette tape format?!? […pause for drama..] And like Picard you mumble “oh shit.”

Anyone familiar and smitten with Pratt and/or Brown’s various works (alone or in pairs) will sink right into Map Collection. “Jao Dub” is krauty sometimes, peculiar most of the time, and always confusingly satisfying. It’s no wonder why Gene Roddenberry hand picked them himself for the episode. No strangers to the off-brand wing of kosmiche dub stylings and syntheizer wrangling, Map Collection squeeze out their musical souls like a 10.1 oz tube of clear silicone caulk. Thick and gooey they run beads of their mutant rhythms, tempting enough to slush your thumb into like wet wads of pineapple Bubble Yum, but globs upon globs would stick to your skin if you did that, plus time becomes a loop very often here, so just relax. I’d bet even Data would vibe out and nod along to sections, which is a pretty big deal. Map Collection keep this entire zone infected with scrambles and pops. Little ugly cousin sounds that pester the scene, but in a good way! Nothing like Tribbles, which I know is not TNG and I apologize to anyone who was offended by the reference.

So who are you gonna believe? Me with all of my PROOF or that asshole Wil Wheaton who can’t even spell his name right?