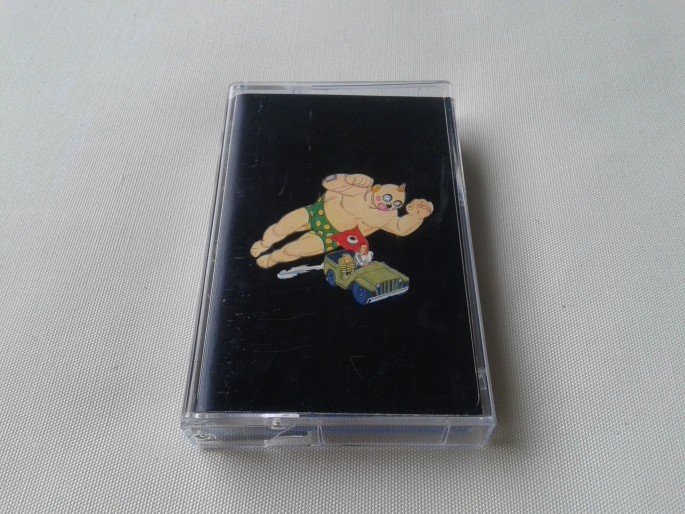 Oh, brother. Looks like my old Hi-Fi is on the fritz again… Maybe the springs are on too tight? Or too loose?? Not being a mechanic I have no clue how stereo systems function, but I do know that something has definitely gone sour, because this WUMISI cassette from OJC is hurdling all over the dang place. Fast forwarding and rewinding on it’s own like a doggone spirit from the ever after has taken it over. Lordy, I hope it’s a spring issue and not a ghost outbreak. Springs are way less scary. While I get a repair tech on the horn, and a Catholic priest in case I need the power of Christ to compel this thing, I’ll listen to WUMISI on Bandcamp I suppose.

Uh oh! Sounds like my computer has been zapped by a virus! Have these 400lb hackers no decency!? [Speaking of 400lb hackers, is that one on the cover? Talk about foreshadowing.] Looks like my poor soundboard doesn’t know if it’s coming or going, and is probably loaded down with every worm, spam, and Trojan pony in the book. I think WUMISI plays //okay// sometimes, and it squeezes out these contorted musical thoughts, but then it’s Sour Patch theater with a zillion child actors. Well, time to at minimum defrag my entire hard drive. I may even need to run VirusBozo 6.9 and really scrub the Russian bots out of this fella.

VirusBozo added a feature called Dead-Link Swiffer® to this latest version. Supposedly it cleans all the dead links off of your internet, leaving a fresh lemon scent and coupons for Swiffer® Antibacterial Wipes. Anyway, it takes a few days to run, so while that is happening I’ll go grab my Zune and play the MP5’s I downloaded earlier…