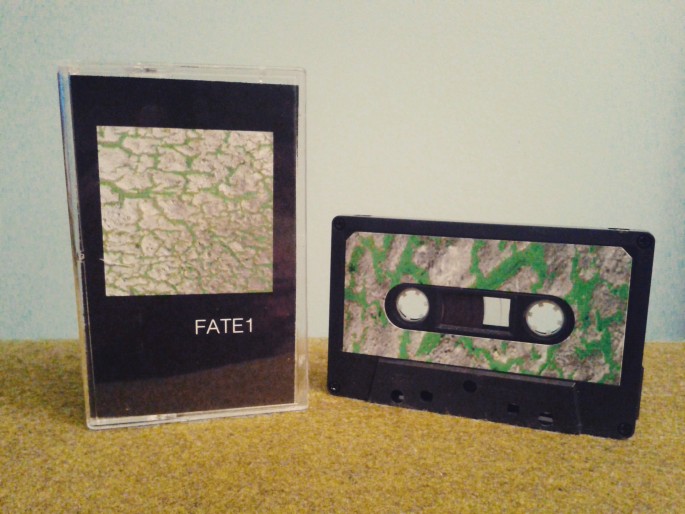 Throw a rock out the window. Go ahead, I wont tell mom. Chances are you just bonked a cassette right in it’s spools. A beat-laced cassette, most likely, one that was minding it’s own business just trying to enjoy the weather. The next thing, KABLOOM! A rock cracks it’s shell. And all because some bozo-joker told you to throw a rock out the window… Shame. Maybe I WILL tell mom.

The reason I can be fairly certain that your rock cold cocked a tape, a breezy one soiled over with groove at that, is because they are everywhere! The man on the TV said that maybe someone brought one over from Europe or somewheres, with plans of keeping it as a pet, but eventually tired of it’s company and released the poor thing into the wild. Before anyone could even say “low pass filter” it was breeding with the local tapes. Aaaaaaand population BOOM! They don’t really need that much to survive either — A few samples, some humid loops — plus they can squeeze through holes small as a nickle. At least, that is what the man on TV said. Some folks, increasingly annoyed by their presence and past the point of ignoring them, get rid of ’em with a quick dub-over. Uncle Bert, I think he is on my mom’s side, he likes to make mixes of WASP and Nitro and shit like that over the little buggers to play in his car on the way to work. I think that is so cruel. Don’t get me wrong, I’m not one of those PETV (People for the Ethical Treatment of Vaporwave) loons! I’m no militant! I just think some of them are rather fun to have around… Hell, some are GREAT to have around. Plus, what I’m about to tell you about, though perhaps Vwave adjacent, doesn’t live in the neighborhood.

I know, I know. You want to throw another rock out the window. I’m almost done with my tale. So a few days ago I stopped by Uncle Bert’s to borrow his potato gun and scoped a New Balance box overflowing with just those kind of tapes. He found the lot sauntering over his sodden vinyl collection like ticks on the family pup. They had no clue his music collection was pure trash, and were just about goners due to lack of samples, but one tenacious son of a gun seemed to be surviving. Even thriving! I couldn’t tell much from it’s markings – Jadapod, Fate1, Nextagelabel, Made In L.A. festooned the cover, with a grey & green box wrapping around the spine – so I took it home and popped it in the cassette deck because that is where they LOVE to play. It galloped like a dressage horse with a decorative swagger, though one that had been threatened by the Elmer’s people a few times that it may end up in the craft aisle. There were some points so gluey it was like we were already there, smack between the stencils and model clay. There was a crustiness to some of the songs, like a dusty loop tape with rheum buildup in it’s crannies playing over snappy synth blurble and bootleg Windows startup sounds. Occasionally soft spoken voices would wind through the room, breathing on your neck with their soup breath, but they were just there to sell Dilaudid to the disco and dirge clips.

This would turn out to be “Fate1” by L.A.’s Jadapod’s. Their upmteenth release, up until this point exclusively digital (including “Fate2” and “Fate3”, released in reverse order), but first on cassette. So what to make of this? Jadapod takes a dip into the Hot Tub Chrome Machine that is the cassette world with a breezy, beat-laced debut tape and this review razzes that zone’s overcrowdedness. Attempted irony gone flat? Simply rude?? Neither was my intention! For the record I want them to, in the word of Lisa Loeb, stay. If company wants to bring dishes like this to the party, ingredients finely chopped and seasoning just right, I say the more the merrier.

Everyone, that is everyone but Uncle Bert, should grab a copy!