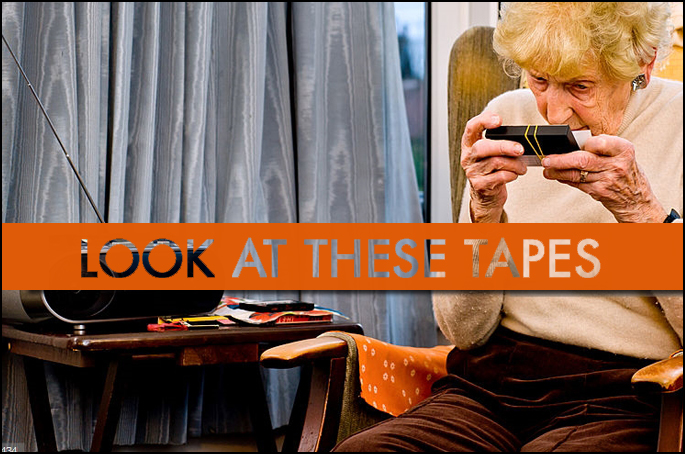 Look At These Tapes is a monthly roundup of our favorites in recent cassette artwork and packaging, along with short, stream-of-thought blurbs. Whatever pops into our heads when we look at/hold them. Selections by Jesse DeRosa, Mike Haley, and Scott Scholz.