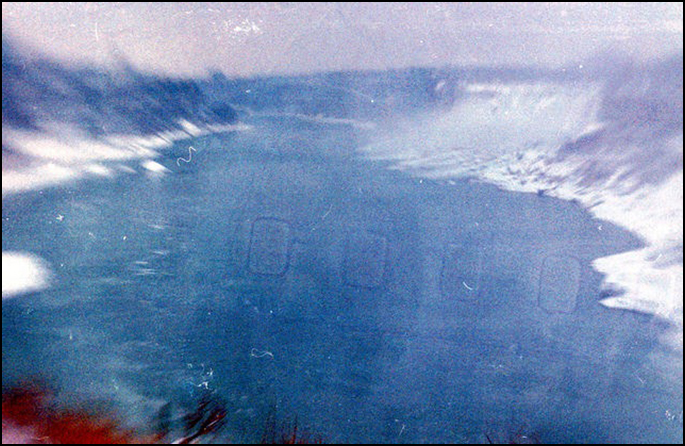 The word “anima” can be translated from Spanish to mean “soul or spirit” and from French to mean “the feminine part of a male personality,” also referring to Carl Jung, the Swiss founder of analytical psychology. Put “wild” with it and the band is a perfect fit for UK label Blue Tapes and X-Ray Records, who describe themselves as “secular drones and spiritual pop.” Featuring an eclectic group of instruments including violins, Korean flutes, and more, Wild Anima’s Blue Twenty-Two tape is an atmospheric and at times, supernatural, experience. Alex Alexopoulos is at the helm of Wild Anima, with help from friends.

Described as “Songs from Above,” side A was inspired by a trip to India and her observations of Tibetan culture. Compassion and forgiveness swirl through the tracks, broken up digitally into 5 smaller listings, but considered as one on the tape. Recorded in one take on a farm in southeast England’s Devon in January 2013, these tracks came about before Wild Anima even settled on a name. The side gently opens with echoing vocals and minimal instrumentation, and continues down an aerial path of swirling reverb and soft tones. The velvety sound can easily fill a room, engulfing you in celestial tones that never feel too dark or unsettling. The middle of the side, “Forget and Forgive,” is my favorite, with misty sounds reminiscent of floating peacefully the bottom of the pool.

Side B is billed digitally and on the tape as one long, beautiful song called “Selene,” produced by French Ambient Dub producer Tom Morant, also known as Natse. He was driven to make this ambient track after having listened to “Songs from Above.” Using some of Wild Anima’s violinists and Alex’s vocals, as well as Inuit shamans’ voices, he pieced together a celestial and haunting song. Side B feels more full than side A, with more apparent instruments and the shamans’ chants, weaving together to soundtrack a dream sequence where you can imagine the flashing lights and seemingly endless tunnel of that Willy Wonka psychedelic boat ride scene, only less scary. Where side A is shadowy, side B has a glittering brightness to it.

Pick up a copy from Blue Tape’s Bandcamp, where you can just grab the tape, or you can get a subscription to all Blue Tape’s releases.