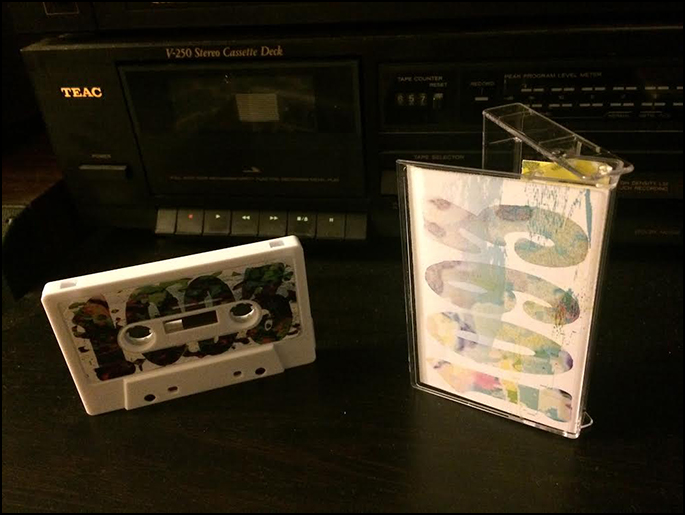 “1093”, the latest release by prolific Athens, GA experimental band Future Ape Tapes, and their first release on Fall Break Records, is easy on the ears but tough to wrap your head around. This collection of mostly instrumental, heavily improvised compositions flows together as an organic, psychedelic whole, with occasional, abstract vocals lending to the atmosphere. much of the music is built from drum loops, synth drones and shimmering, echoing guitars, that when combined sound like dub music for a new age LSD spa. these chill vibes are punctuated by climaxes and explosions of more discordant sounds; moans, field recordings, synth glitches and guitar shards.

On their bandcamp page, Future Ape Tapes explains that the idea behind their work is “de-evolution as progress”, a concept (and somewhat of a Devo reference) which makes sense the more you listen to this tape. These could be heard as traditional-type songs with space having crept in between all their cracks, entropy having set in; rhythms fracturing, melodies stretching and bending, riffs becoming caught in a loop like a broken record and defining their own beat. Psych rock songs as cities decades after abandonment by humans, the roots and limbs of plants forcing apart the concrete structures.

There are many layers to this music and this tape is worth repeated spins. Get one here. I also recommend digging a bit into Future Ape Tape’s extensive digital back catalog, a lot of which is free or name-your-price.