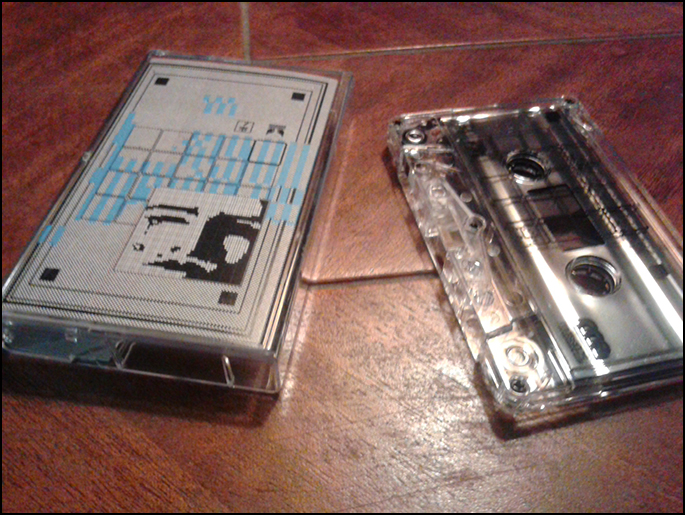 Only seconds into “Greys, Escaped” I had a very vivid image in my head. As the tape went on that image naturally expanded into a scenario which was reinforced with each blop, zap, surge, scratch, whist, and tickle Belarisk dispatched. Aspects of the artwork gave credence to this micro story my brain had fashioned. Everything was lining up. My imagination was being a good little boy and deserved a treat in the form of repeat listens. Those repeat listens put even more fat on on the bone of my now rather formulated story. It got deep. Deep to the point of being embarrassing, quite frankly. Instead of going deep here, into a hole we may not escape, I’ll paint with a broad brush my Belarisk vision.

It’s 1992. Windows 3.1 has just been released. It’s an exciting time. Most people don’t even know what happens when you win Solitaire yet. Before going to bed, Bill Gates tells his wife Melinda – who he wasn’t married to at the time, but I didn’t know that – that he needs to do some work on RAM calculations or .dll bugs or whatever. He goes down to his office, locking the door behind him. Unbuttoning his shirt with one hand and fingering through floppy discs with the other, he chooses a specific one. The label on it is all white with a single black, pixelated musical note. He pops it in the drive of his avocado colored desktop (only one in existence btw)  and removes his button down shirt, revealing a CRISP T-shirt with the Windows logo on it, tucked in. Tucked in hard. In his top drawer, sunglasses. Are holograms of the Windows logo on each lens? You’re God damn right there are. Bill eases into his leather office chair while the program loads. The one program he couldn’t complete: MusicMan.

Bill toiled for hours, working on algorithms and keystrokes trying to get MusicMan to function properly. And sometimes he felt like it would. Bill would guide MusicMan’s code through pockets of harmony and beauty. Pockets of sensational structures. At it’s best it was like he was floating on a cloud. But then the viruses would kick in. Blue screens and hard reboots were always the night’s defeat. “No! No! Not again!” he would vociferate as smoke came out of the monitor and Paintbrush tools corrupted. There would be no escape from the dense buffering.

Okay, I said I wouldn’t go too deep, but I think I’m starting to go too deep. I’ll stop before Gates is in his boxers and Bill Clinton is sleeping off a peyote experience on the sofa. But take from that what you will and transplant it into this Belarisk tape. But please, stay away from notions of vaporwave or chiptune you may have conjured up from my wee tale. It’s all child’s play in comparison. Be prepared for a heavy audio defrag with “Greys, Escaped”. Belarisk, while at times elegantly grazes on screen savers, gets gravely in the trash bin. Lee Edward Tindall gives power to pixels. He chews on the cud of confusion and shits out an electronic maze of fuss and passion. A very powerful specimen indeed.

“Greys, Escaped” is available from Moss Archive in an edition of 80 copies. I HIGHLY recommend that you grab a copy now!  Come graduation time for the DIY weirdo cassette class of 2016, this is going to be a contender for valedictorian for sure.