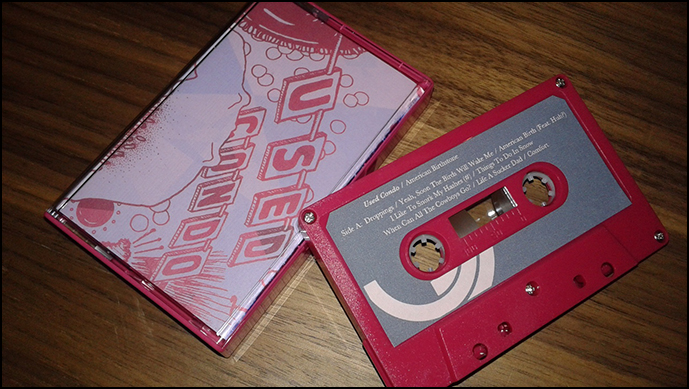 “I wanna snip! I wanna snip!” That’s my two year old daughter whenever she see’s a pair of scissors. That little dummy loves those god damned things. And of course I never properly supervise while the “I wanna snip” sessions are going on. It’s cool, she is using round tipped, extra safe, Obama scissors. Because apparently our kids aren’t allowed to learn life lessons anymore. Remember when Reagan was king shit and kids played with glass and lighter fluid and whatever goodies trickled down? Anyway, she’ll post up on the floor, snipping away at junk mail, magazines, and download codes, spilling that “leak-proof” cup of milk all over an infinite field of debris. Maybe some apple sauce will make it’s way into the mix as well. I wouldn’t be surprised to find a grape or two compressed in there. It’s both a lesson I’ll apparently never learn and a gnarly spat, nearly impossible to clean up.

By this point you’re probably wondering where this, if anywhere, is going… I popped “American Birthstone” by Used Condo, a Larry Wish joint, into the trusty deck knowing nothing about it. Not knowing whether Used Condo was short for used condominium or slang for used condom, I wasn’t even totally sure on the name. Still not I suppose. It was, however, clear by three or four minutes in that this was going to be a frustrating listen. Viscous fragments of Stone Temple Pilots and Collective Soul flipped the switch on my PTSD from Operation Snip. Listening to Used Condo probe into 90’s alt rock, testing it’s elasticity and temperament, shredding it like old electric bills, is a digital reflection of unintentional Papier-mâché. Musical pulp, puree, and pale liquids borg with shag carpet, clumping at 69% vacuum resistant rates. Moments dipped into zombie-zones that vaporwave originalist will nuzzle, but the majority went complete opposite routes. Pure fuckery and sloshy gloom ruled the day. Used Condo essentially empties Mrs. Butterworth’s original recipe into an external hard drive, drowning files with names like buzzclip_archive.zip and playfulsynth_ver48.wav. Those files get converted to bitmaps, 3D printed into cubes, then rolled like dice.

Consult the bones for yourself. Then head over to Suite 309 to pick up “American Birthstone”, a C44 made in an edition of 50 copies on pink tapes with matching Norelco cases.