Emerging Industries of Wuppertal – Traditions from a Vestigial Intranet
11.29.18 by Ryan Masteller 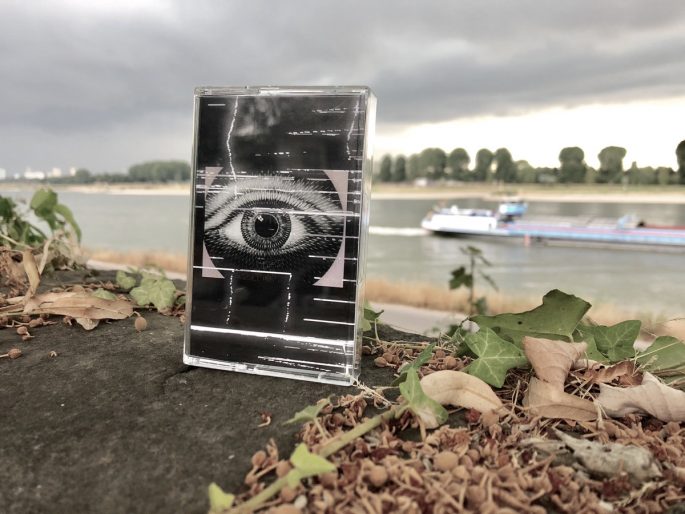 Wuppertal “is a city in North Rhine-Westphalia, Germany, in and around the Wupper valley, east of Düsseldorf and south of the Ruhr.” It boasts a suspension monorail, called the Schwebebahn, that dates from 1901 (before those Shelbyvillians could get their grubby mitts on it). But history is history, and the present and future await us, beckon us to grab on to them before we’re left in the dust of passing time. That’s why we must focus on Emerging Industries of Wuppertal, a subculture, an alternative economy, one that features a prescient ability to peer into possible futures – and hopefully avoid the pitfalls of the path we’re on.

It is through sound that Emerging Industries of Wuppertal imagines a bleak future whose denizens study the cracks of human folly. There they assemble historical frameworks that they somehow beam back through time to EIOW so that EIOW can write these future events into sonic structures. Thus the cycle repeats endlessly, so that the “Traditions from a Vestigial Intranet” that you hear now may be completely different in some alternate timeline. On ours, we get “defunct ceremonial music originally used to score gymnastic spectaculars, synchronized mass-calisthenics tournaments and dramatized creation myths put on by Ruhrgebiet industrial trade associations.” Somebody’s gotta put a stop to THAT between now and the future in which it happens!

But until we decode what EIOW is trying to tell us, we can revel in its future-urban decay, as synthesizer warble emerges from fritzy speakers while traversing badly tracked heads. Maybe the message is simply to relax, there’s nothing we can do to stop anything. Enjoy a little cockeyed melody before we blacken the sky and scorch the earth. That’s how I’ll choose to understand it, at least this afternoon.