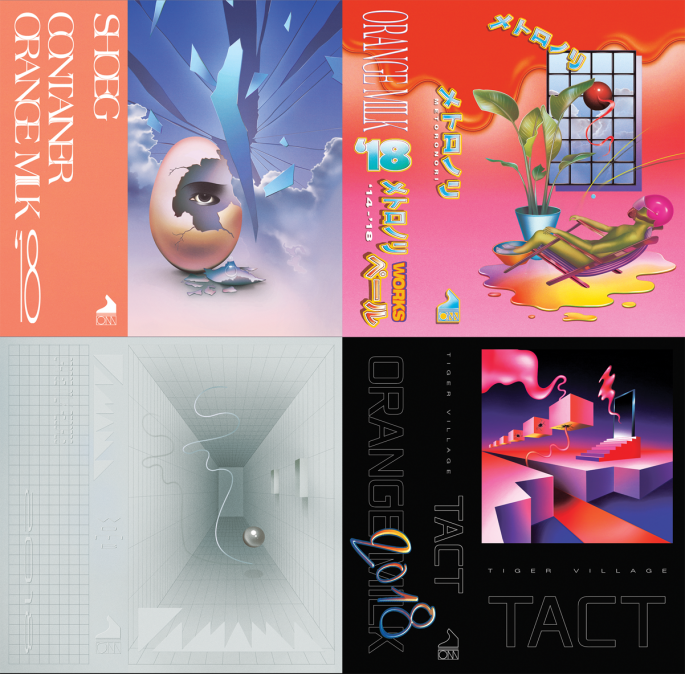 On November 6, 2018, I will be at my local polling place filling in tiny circles on a ballot while I hope feverishly for an end to madness. But… 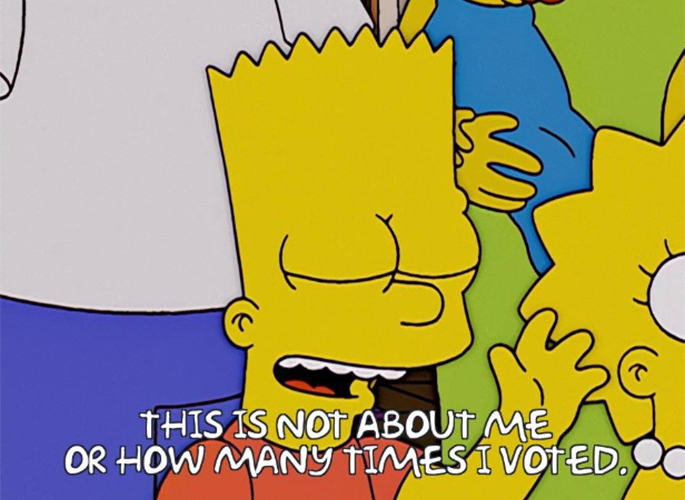 This is instead about what’s happening four days before November 6 – on November 2, in fact, if my math is correct. [ED: It checks out.] Because November 2 is going to be the day that determines what I’m going to be listening to on my headphones as I try to keep my pencil from scribbling outside the lines of those really – and I mean seriously – minuscule bubbles next to the people I’m hoping end up in office for the next term. (I feel like I’m taking a scholastic aptitude test or ordering off a sushi menu when I vote. I may need bifocals.)

November 2: it is on this day that the next Orange Milk batch ships out to the world.

And as we all know, music released on Orange Milk isn’t super conducive to body parts or limbs staying still and not jerking out in various random directions. Still, that’s what I’m gonna listen to. I pray for this country.

SHOEG – Container
Carlos Martorell is Shoeg, a Barcelona-based sound artist whose “Container” is composed of two sidelong collections of “Movements” (1–17 on the A-side, 18–25 on the B). The sides unfold like longform introspective meditations punctuated by perception-shattering bursts of digital noise. Imagine standing on the deck of a container ship (wonder why I thought of that?) or, maybe more accurately, an aircraft carrier – a big damn ship at any rate. Imagine standing there a long time, so long, in fact, that the only way to truly express the time spent standing there is through time-lapse photography, the sensation of unending ocean firing optically through your consciousness. The waves undulate gently and periodic white clouds pass tranquilly overhead across a blazing blue sky. Every now and then an F-16 fighter jet takes off on a test mission.

METORONORI メトロノリ – メトロノリ works 14​-​18 ペール
Do we expect glistening pop music from Orange Milk? Well, we probably should. Hikari Okuyama composes delicious, vibrant, and colorful tunes that dance across the DIY spectrum from the aforementioned pop to glitch to microhouse to off-kilter lounge to burbling sound art. It’s really a cornucopia of stylistic wonder, which is pretty appropriate given our proximity to that cornucopia-celebrating American holiday we call Thanksgiving. Like fractured watercolor or glasswork, Okuyama’s music gleams like light is hitting it constantly, separating it into distinct prismatic patterns. Okuyama’s vocals tie it all together, her gentle voice wisping across her auditory landscape like a specter in a dream. This is inventive ear candy at its best.

PAJJAMA – womb
Norwegian prog goofballs Pajjama released their first tape, “Starch,” on Orange Milk waaaaaay back in 2012 (most of you readers were still babies back then). Today, the band rewinds to the time BEFORE you were babies, back when you were in the womb, with “womb.” But this ain’t no amniotic sac in which you float in stasis – no, “womb” is a technical beast, a massive hybrid of band interplay and digital fuckery that shifts as often as… I’m drawing a blank on something that shifts a lot. (I was gonna do a car comparison, but most cars are automatic these days. Don’t even get me started on Teslas.) Let’s just say that there are many, many shifts, many moods, many tones, many themes, all crammed into a single immense composition spread across the two sides. So if your idea of a good time is the “Thief” soundtrack filtered through a Gameboy, then you’re going to be the biggest Pajjama fan in the world!

TIGER VILLAGE – Tact
Tim Thornton is no stranger to this site, as he haunts our social media presence relentlessly like an unbusted poltergeist (recycled reference alert!). As Tiger Village, he haunts the Orange Milk catalog with “Tact,” a stuttering, globular collection of melted tracks and crisp beats, simultaneously propulsive and stuck in syrup. He does all this while utilizing “user-hostile gear,” wrangling innovative sounds from annoying sources. The tunes poke at you from your speakers, EQ spikes puncturing at you like they were corporeal or something – I found myself ducking constantly in my chair as I listened to “Tact” while working, never sure whether I was going to be shot through with the digital equivalent of porcupine needles. Terrifying? Not sure I’d use that word. Exhilarating? Ah, there it is.

Remember – these tapes drop on Orange Milk November 2, and Election Day is November 6!