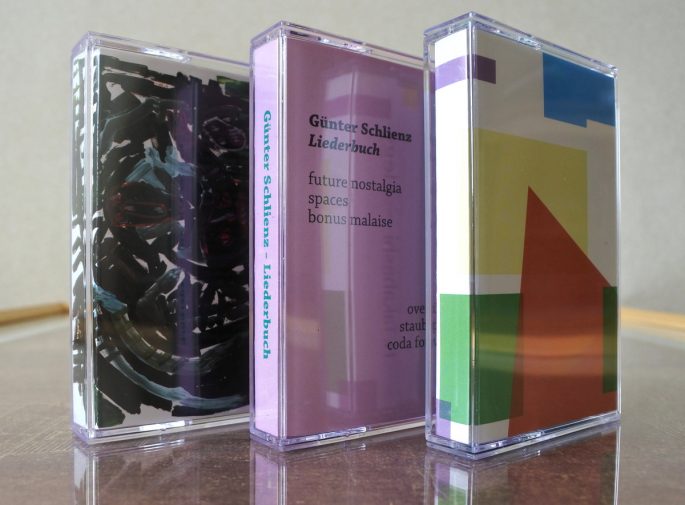 Muzan Editions: everybody loves everything they ever do, and that’s not really an exaggeration. Plus, they’ve only got eleven releases, so finding a dud among that bunch is like trying to find a bird egg among eleven gold coins. It just ain’t happening.

The spring 2018 batch was released on May 31, so it just BARELY counts as spring and not wretched old summer, which makes an appearance here in my Florida home base around the second week of February. So you’ll have to forgive my reluctance to play fast and loose with the idea of “spring,” considering the season barely registers for me, and peaks around New Year’s Eve at that. But if Nara, Japan, Muzan’s HQ, is still reveling in gorgeous weather at the crack of June, then all the best to them. Maybe they even deserve it.

Do we deserve these three tapes? You betcha. April Larson’s “There Are No Endings” plays like one of those found-footage paranormal films, where there’s a subject being interviewed about a possible supernatural occurrence, and then the occurrence itself, which has already happened, plays in flashback for the entire movie. Or that Brad Anderson movie, “Session 9,” where tapes of an inmate interview at an insane asylum foretell the breakdown of the characters’ sanity. It’s a David Caruso vehicle. Anyway, Larson’s loops and glitches match this vibe exactly, as if she’s in the room transcribing the conversation between Detective J. H. and subject M. A. Who are they? Who cares! Just watch the movie, and stop talking in the middle of it.

Günter Schlienz has seemingly been around forever, so he’s compiled a “songbook” containing his most representative work, a “greatest hits” collection if you will. Just kidding though! These are all new things – it’s just that “Liederbuch” translates to “songbook” in German, so it’s only a short logical leap to suggest that this is a compilation. It isn’t. However – could these actually be his greatest hits? They could! As representative as I’ve suggested, the tracks on “Liederbuch” follow Schlienz’s penchant for unobtrusive and dreamlike, cloud cushions of synthesizer melodies and hushed vocals piled together on the Milky Way, just ready for all the constellations to materialize into their actual forms and recline on the ethereal plane. But not you, Cancer! You’re a crab – too pinchy for this scene.

H. Takahashi has seemingly been around forever… wait, that sounds familiar. At any rate, before I get any further into this writeup, the lovely “Elegy” has gone and sold itself out, so you can stop reading now if you like. If you want to keep going, I’m going to suggest saving up some of that hard-earned Bitcoin for the inevitable financial thrashing you’re bound to receive at the hands of merciless Discogs vendors. (It was 500 yen to begin with – that seems like a lot of money.) Now that the formalities are out of the way – how on earth did you miss this one before it sold out? Once again, Takahashi has deployed possibly the deftest synthesizer touch possible to weave together miniature soundworlds, like a hundred different spiderwebs superimposed on top of each other, all glistening with dew in the new morning light. This short tape, just over twenty-one minutes, twinkles with heartache and joy, peace and confusion. It’s a crystal dagger to the emotion centers of your brain.

All three tapes released in editions of 100; Larson and Schlienz are still available, but not for long! Weep with lamentations for missing the Takahashi. Do it, weep!