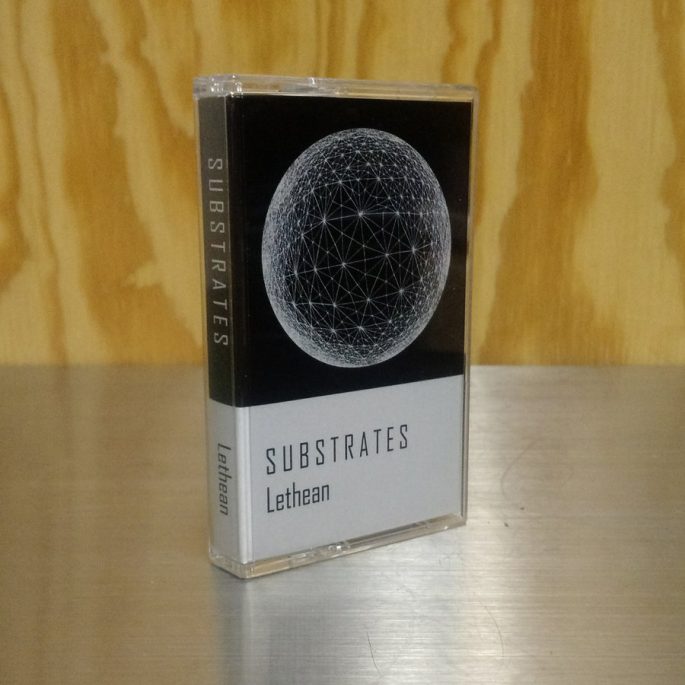 Substrates – an artist scratching at the surface beneath the surface, excavating the elemental truths – uses the following as proof to wordlessly publish in scientific journals great treatises on the singular moment “where everything exists simultaneously and is rhymed through time”: Mobius looper, Reaper, Kurzweil PC88, Kurzweil PC3LE, Microkorg XL, Casio HT-700, M-Audio Profire 610, Zoom TAC-8, Valhalla effects. I mention all this because these seemingly random letters and numbers, barely existing within the context of English, are the tools of the master at work, the scientist combing through his data and configuring it into understandable chunks.

I listened to Substrates and completed my calculations. I left Earth. Earth was too limiting.

Earth made me forget.

Like “VALIS,” Philip K. Dick’s masterwork that stripped back the layers of consciousness over an entire millennium, “Lethean” probes the underlying truths of human connectivity to itself and the cosmos, scrutinizing the blueprints of perception and reconstituting its nerve centers to distinguish beyond itself, beyond humanity’s waking capacity for external stimulus. “Lethean” was the melodic beam to the center of my skull. You want the building blocks of material existence rendered in sound form? You got it right here, buddy.

I don’t know where I’m going, but this rickety ship better get me somewhere good, somewhere that I can evolve beyond the confines of myself. Blasting Substrates on a continuous loop is at least a refreshing balm. Glad I had that tape deck installed.

“Chrome cassette tape, in a Norelco box, featuring artwork by Clint Fulkerson (accretion disc #73).” Yes, you DO want to buy one…