A Look at the Strategic Tape Reserve
2.18.18 by Mike Haley 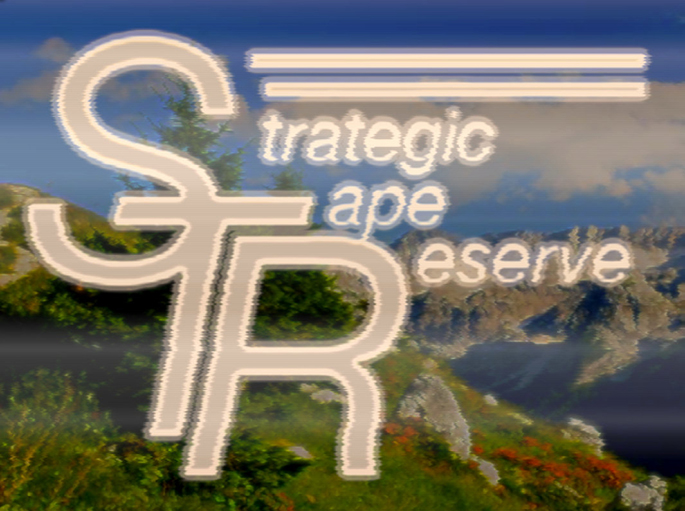 In 2003 Eamon Hamill left behind New Jersey and it’s 29 turnpike exits and headed for Prague to teach English. By 2012 Hamill was living in Cologne, Germany where he started the “non-aligned, secular organization” Strategic Tape Reserve. STR is a confusing lil’ joy that sometimes feels more like a moving box full of basement-lived VHS tapes than a cassette label. Even their logo has control track damage. The tapes look like they smell mossy and are described with ceremonial chunkiness: “In full compliance with most international regulations in relation to the trafficking of ferrous materials,” Hamill wrote of the label’s first release “the Strategic Tape Reserve is now able to disseminate its inaugural commercial offering, The Modern Door Live cassette album.”

The micro-cryptic presentation makes it reasonable to wonder what, if anything, are dubbed on these incredibly small editions. Which isn’t an accident of course. “I kind of want [Strategic Tape Reserve] to be disparate and surprising and maybe even sometimes not always likeable (though, hopefully, usually likeable).” Hamill said of the purposeful blurriness. “Also, I guess I sometimes try to present STR with a somewhat boring and sinister authoritarian vibe, just because that sort of comes out and I find it funny.”

The Strategic Tape Reserve guardedly presents the recordings from our recreation of the Efficient Processes for Synthetic Funk clinical trials. EPfSF was a Cold War-era research project which attempted to standardize low-input production methods for generating asymmetrical rhythms with military applications.

In addition to releases that include The Modern Door, moduS ponY, and Mr. & Mrs. Chip Perkins, Eamon Hamill uses STR as an outlet for his own work as Emerging Industries of Wuppertal and VLK. “Avril and Sean in Camden,” a C57 from VLK released in 2017, is a torturous tiny slab made exclusively out of processed Avril Lavigne and Sean Hannity samples. “The Avril and Sean tape was a cathartic soul cleansing some 15 years after being stuck in a car in Camden listening to nothing but Avril Lavigne and Sean Hannity.” This all reminds me: Hannity never came through with his promise to be waterboarded. Someone remind him.

In the summer of 2004, VLK undertook temporary employment which primarily involved being a passenger in a car that was driven around Camden, New Jersey. Though the job description was undemanding, it arose that a key responsibility for this role was to engage the driver/employer in conversation, thus enhancing the work environment (a Toyota Camry). Regretfully, it became soon evident to both parties that this personal objective would not be achieved, and the driver, activating his contingency plan, put into use his preferred auditory stimuli, i.e. conservative talk radio broadcasts and the glove compartment’s lone compact disk, Avril Lavigne’s Let’s Go. In Camden, the birthplace of modern convenience food, the home of the first Church of Scientology, a city beset by the poverty and crime not uncommon in post-industrial American small cities, VLK spent two months in silent shotgun, bombarded with the pleas from Lavigne and Hannity for simple answers to the increasingly complicated world outside of the Camry’s windows.

Strategic Tape Reserve can and should be found on the dotcom, Bandcamp, and Twitter.