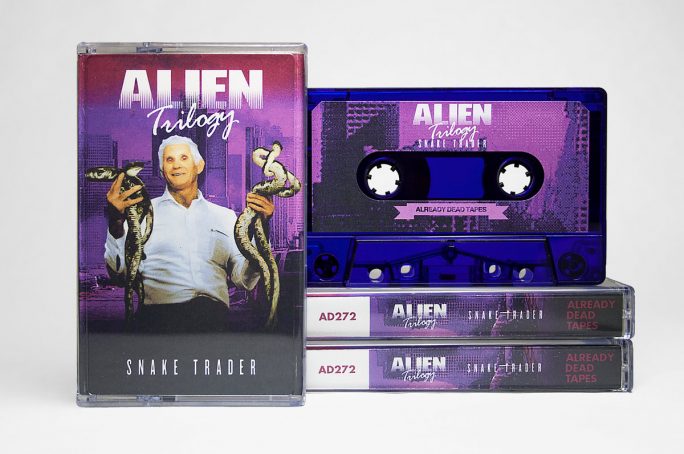 Over at my other gig there’s been an internal resurgence in discussing favorites: album, book, TV show, food … film. To my surprise, there’s a contingent – and it’s not a small one – that considers Ridley Scott’s “Alien” the pinnacle of the cinematic experience. I can’t fault them – “Alien” is a great flick, not my all-time favorite, but I certainly rank it quite highly. (For those of you wondering, Peter Jackson’s “Lord of the Rings” trilogy was my answer for EVERY SINGLE CATEGORY. I will never apologize.)

So thanks, Alien Trilogy, for allowing me that anecdotal opportunity. The Brooklyn trio has clearly ceased watching films circa 1992 following David Fincher’s prison-planet offering “Alien 3,” a, shall we say, lesser entry in the series. No matter, because we’re not here to debate the merits of pretty much anything beyond the original “Alien” (unless, of course, you’re feeling argumentative and you want to take me on with that, but I don’t recommend it). We’re here to check out tapes, and lots of them, this being a website that prominently features a cassette podcast after all. Today we’re ripping through “Snake Trader” by the band Alien Trilogy, not the trilogy “Alien Trilogy.” Let’s stay focused.

Indebted to all the best, worst, weirdest, and wildest sci-fi, Alien Trilogy takes the historical aesthetics of all the movies that have seeped into their personalities, shakes them up in a martini-mixer-like device, and pours out the intoxicating Romulan ale–ish result as if they were tending bar at an interstellar watering hole. The synth/guitar/drums lineup perfectly delivers the goods, the thick, rapid, noisy, and, dare I say, “alien” sonic assault sounding like a post punk take on whatever soundtrack Terror Vision is releasing these days. Or like I Am Spoonbender’s “Sender/Receiver,” but with vocals and awesome film dialogue samples.

And then there’s this guy on the front with the snakes… Yikes.

This edition of 100 hand-numbered copies available from Already Dead Tapes was probably salvaged from a suspiciously lifeless vessel discovered in deep space. If you decide to order one, don’t be surprised if a facehugger tags along in the package.