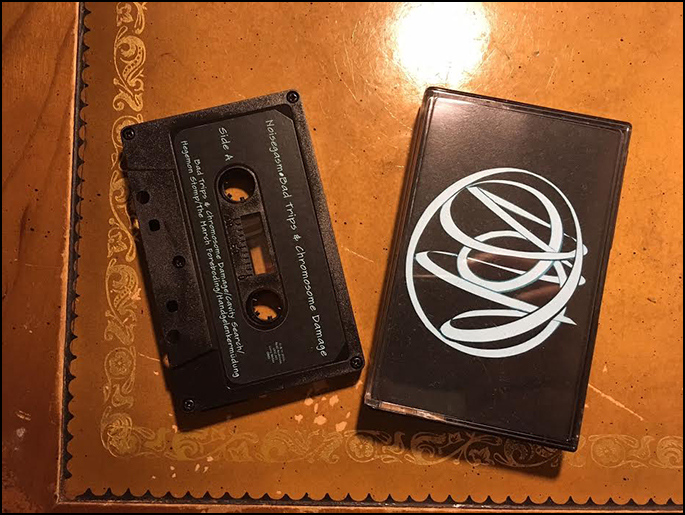 Brad Anderson and Greg Weber, under the name Noisegasm, have been playing in and around the Seattle scene since 2013. This album, their debut, was released in late September of this year, and it finds the duo in good form.

With Anderson on keyboards, and Weber on guitar, I was anticipating the electronics to modify the sounds ala Eric Copeland, and some of those textures are present on tracks like “Hegemon Stomp.” That particular track puts a simple, repetitive phrase, thick with processing and heavy on abrasion, to the point of approximating a chiptune texture, at its center, to mixed results. The motive here, in other words, just isn’t epic enough to warrant the increased volume and insistence towards the end of the track.

However, I’d contrast that track with the one that precedes it. “Cavity Search” is a darn good piece of noise. The guitar/keyboards/electronics stew is almost completely obscured, and Noisegasm deliver a heavy, vibrant slab of industrial noise that evokes menace while showing more than a snippet of compositional awareness. This tape here and there feels too insistent on phrases that might not hold up, but on “Cavity Search,” the duo keep things moving to great effect.

“Handgelenkermüdung” finds a middle point between these strengths and weaknesses. It puts a similarly repeated phrase in its middle and focuses on adjusting the dynamics to move things along. It wears thin to an extent, but it’s worth a listen because it does achieve a more epic atmosphere, and it’s frankly a superior composition. However, its place in the track order is what hurts it. While it fits next to other tracks, it’s preceded by “The March Foreboding,” a strong dark ambient track that shows the pair full capable of self-editing to dark, moving effect.

Ultimately, this felt like many debut recordings, especially within the tape scene. There are almost too many ideas and genres. “Indochine,” while a decent progressive electronic/ambient composition in its own right, feels out of place. My sense is that when Noisegasm keep things simple, or when they find a strong motive, they’re a very strong pair. When they’re trying to impress melodically, they don’t reach the same heights. Nonetheless, there’s a lot of promise here, and I’d readily suggest a listen.