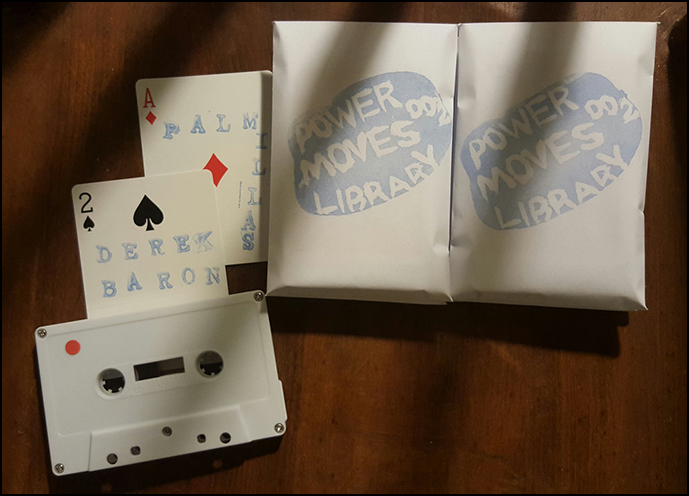 A loose, free-associative collage of field recordings made on a trip through Mexico City and Guanajuato, in January 2015. This is the sounds that tourists’ ear takes in, with intermittent interference from recording device and atmospheric conditions of recording space. There are lengthier, airy drones that serve as segues in between the various scenes observed.

Transitions and editing seem to stretch out and blend like a dream after the fact, rather than the feeling of constant interruption or random memory recollection. Special tender moments of paper shuffling around a room while a Spanish guitar is being played. The guitar elements recur on the second side, voyeuristic recordings of schoolchildren/playground with traffic drone of highways with thousands of motors colliding together perfectly. This recording is very warm and inviting to my ears as far as engaging my curiosity about a possible thread or story line. One that would flow through these disparate moments that sound like they might be slightly overdubbed in some parts, but acoustic elements of recording are very strong as far as their juxtaposition with more “electronic sounds”. The birds chirp away in the morning light, traffic keeps going, the children are back in school, the mundane details of the day are blown up in benday dots of bright tones. Life goes on and there is a silent promise, just underneath the surface of being, of unknown depths of experience that are hinted to by this document. The listener is part of the recording. This is the sound of a recording being recorded. There is a thick shroud of mystery that hangs in the air at the end of side A that captures this set of earlobes’ flighty fancy.

“Palmillas” was released as an edition of 25 tapes by Power Moves Library in packaging that leaves a little to be desired. Physical copies are sold out, but it is available to stream.